Women and men standing against violence in Latin America

Over the past five months, I served as a Kiva Fellow in Guatemala and Costa Rica. Before coming to Central America, it was hard to ignore the headlines of violence and immigration that are often associated with countries in this region. Particularly as a solo female traveler, I was unsure of how my experience would be shaped by these issues.

For years, people have fled Central America - mainly Guatemala, Honduras, and El Salvador - to escape violence, search for economic opportunity and find a safe place to raise their family. Some people choose to make the trek with family, traveling through arduous conditions with young children, while others make the impossible choice of leaving their children at home with relatives while they search for opportunities to support their family from afar. The migrant caravan that arrived at the U.S-Mexico border has given increased visibility to forced migration that has been occurring for years. These issues have been exacerbated recently by gang violence, and in the case of Nicaragua, political instability.

Violence is one theme at the crux of the immigration problem, but specifically, women and girls in Latin America are most vulnerable to deadly violence. Latin America has the 2nd highest femicide rate in the world.1 At least 2,795 women were murdered in 2017 because of their gender across 23 countries in Latin America and the Caribbean. Specifically, in Central America, El Salvador came in second on the list with 10.2 femicides out of every 100,000 women in 2017 and Honduras at 5.8 femicides for every 100,000 women in 2016.2 The worst part about these statistics is that the impunity rate of violent crimes against women and girls is 90%, which means that the victims rarely see justice for the crimes committed against them.3

Despite the violence that affects almost half of the population of women in the region, women around the world are starting to raise awareness of the issue.4 In 2015, a movement coined #NiUnaMenos” (translated, Not One Less) has spread across Latin America and parts of Europe to protest against violence against women. Social media helped the movement grow and establish solidarity for the issue around the world.5 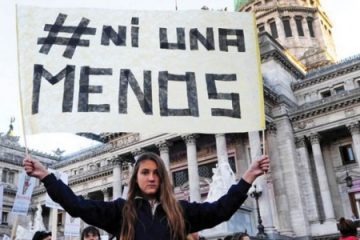 A woman holding a #niunamenos sign during a march in Bolivia

Building off of the #NiUnaMenos movement, the International Day for the Elimination of Violence Against Women took place over the weekend of November 25, 2018. This day was created in commemoration of the day the three Mirabal sisters were murdered in the Dominican Republic in 1960. The Mirabal sisters were political activists who were assassinated by the regime of dictator Rafael Trujillo for their role in protesting against the oppressive dictatorship from 1930 to 1961.6 Even fifty-nine years later, activists from countries like Guatemala and Honduras are still silenced for speaking out against social and gender inequalities.

As of October 2018 in Guatemala, the struggle for indigenous rights has claimed 21 women’s lives.7 Recently, Juana Ramirez Santiago, a human rights activist of the Ixil community in Guatemala, was shot and killed in the Nejab Municipality. Berta Cárceres, an indigenous environmental activist from Honduras, was murdered in connection to her role leading the opposition against a hydroelectric dam that was to be built on sacred indigenous land.8

During my time in Costa Rica, I lived with a host family that had three daughters around my age. A family friend of theirs, a woman named “Joan,” was murdered by her significant other in October 2018. A march was held in their town a few weeks later, where hundreds of people showed up in solidarity to protest her murder. Aside from domestic violence, “power over” is demonstrated in other ways. My host sister joined the march, but was told by her male boss not to wear her “Ni Una Menos” shirt to the march “for her own safety.” I was struck by this statement. It's seemingly innocent on the surface, but it highlights a power dynamic that continues to disempower women and reinforce a machismo mindset that persists throughout the region.

While Costa Rica might not be perceived as particularly dangerous given its reputation as a tourist destination, domestic violence is on the rise. During the five months that I was abroad, three female travelers not unlike myself were murdered in the tiny country of “pura vida” bliss.9 In Costa Rica alone, between January 2013 and December 2018, there were 145 femicides, 19 of which were minors.10 The Costa Rican government has actually declared the violence against women and girls a national emergency, pledging to raise awareness of the issue and reduce violence against women.11 San Jose, the capital of Costa Rica, participated in the march on November 24, 2018, where hundreds of people showed up to show solidarity. 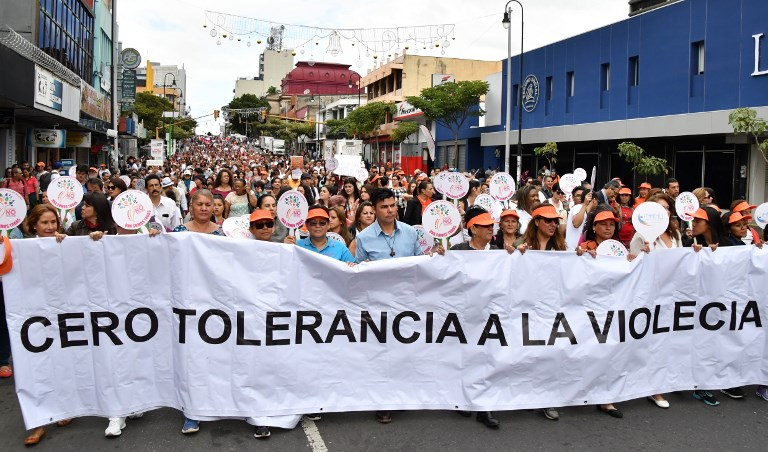 How does access to finance fit into gender equality? Microfinance and overall financial health can be an important avenue for women’s empowerment. Access to credit and resources such as financial training can help create independence for women so that they do not need to depend on their husbands or another male figure if they find themselves in vulnerable situations. It also gives them greater decision-making power that can lead to positive outcomes for their children and households. When women have an income, they use it to benefit their children, families and communities. The World Bank found that with an increased income, women invest in “food, healthcare, home improvement and schooling for themselves and their children."12 Women play a vital role in society and the economy, and when that opportunity is harnessed it has snowball effects on generations of children to come.

While microfinance can be a great tool to reach for gender equality, it is not enough. We need to do more to address the root causes of gender-based violence. There are a few initiatives that international organizations and government institutions have established to address this issue. Oxfam launched a campaign called “Enough” to challenge the social norms associated with violence, advocate for a stronger civil society and raise awareness of these issues.13 UN Women has launched an initiative called Model Protocol to investigate gender-based killings of women and call for ending the impunity of men.14

I was particularly moved by another approach. I recently listened to The Threat of Machismo for Men, a podcast by Mónica Zalaquett, a psychologist at the Center for Violence Prevention in Nicaragua. The violence committed against women is inexcusable, but no one talks about the effects of machismo on men. From a young age, many men in Latin America are expected to suppress their emotions and are culturally conditioned to demonstrate power through violence and sexual promiscuity. These behaviors have long been viewed as a success, with young men striving to fulfill the expectation of that masculinity. They are taught to distance themselves from perceived feminine behaviors, such as showing feelings or empathy, which are considered to be a sign of weakness. Zalaquett argues that when these emotions are suppressed, little by little they can turn someone into an emotional time bomb. One teenage boy who came to the Center for Violence Prevention said during a workshop “please don’t make me tell my mother that I love her. I can assault someone, 'machete' someone...but it scares me to tell my mom that I love her.”  Zalaquett argues that ultimately, men are also victims of this recipe for masculinity because distances them from their own human dimension.

By working together with men and women, we can re-define the current concepts of masculinity and take a closer look at cultural norms and power relations that perpetuate violence against women. By educating a new generation of boys to respect women and see them as equals, we can hopefully create a future where violent machismo is a phenomenon of the past. Meanwhile, by continuing our efforts to empower and educate women across the globe at various levels of non-profit, government and bilateral organizations, we can reach for a new reality of gender equality.

"Not until the half of our population represented by women and girls can live free from fear, violence everyday insecurity, can we truly say we live in a fair and equal world." — UN Secretary-General António Guterres 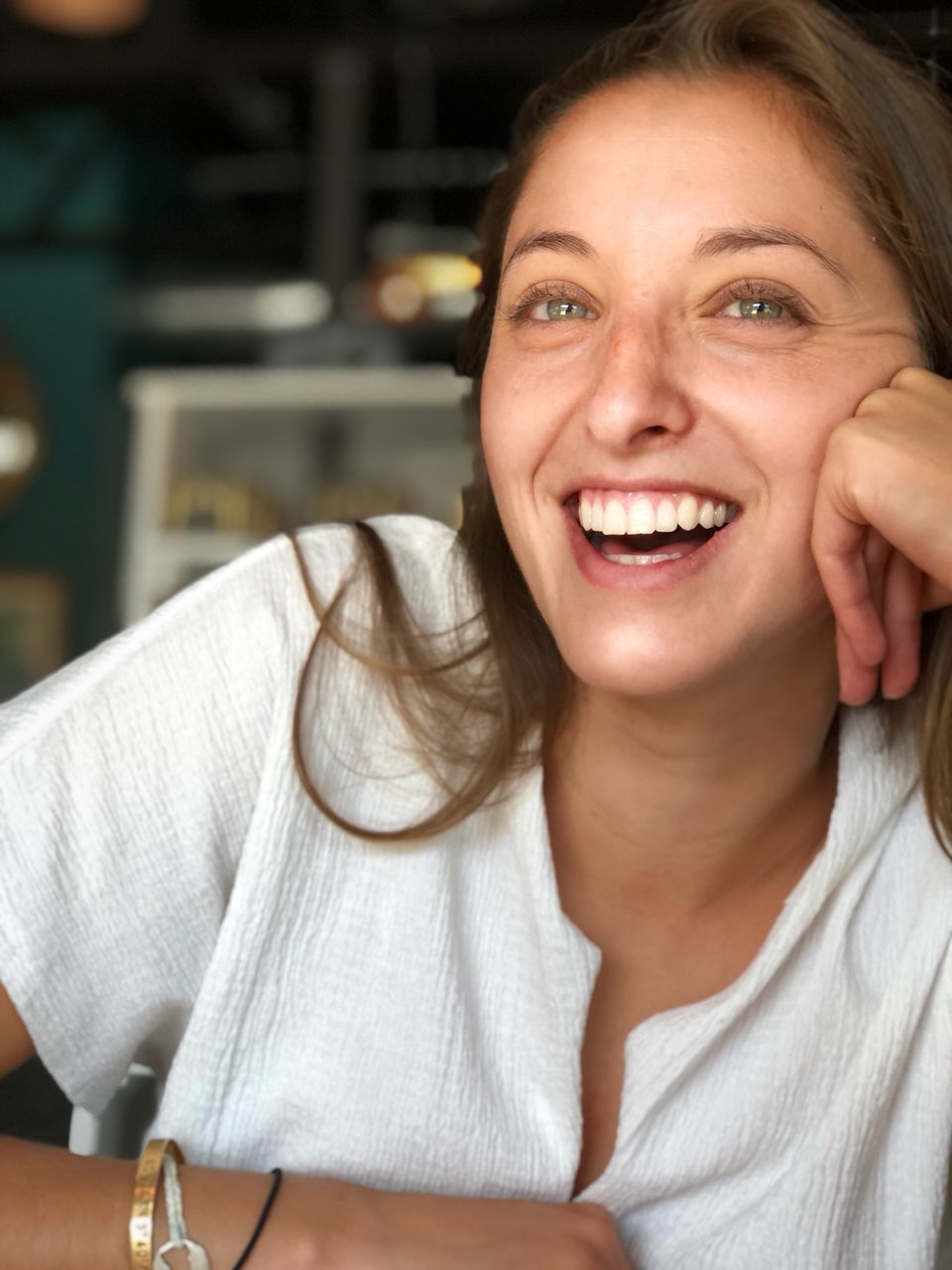 Tasha hails from Ithaca, New York, in the heart of finger lake region in upstate New York. She studied Spanish and Sociology at St. Lawrence University. Tasha has always had an interest in international development and wound up studying abroad in Madrid, Spain for one semester. She quickly realized that one semester was not nearly enough, and moved back to Madrid after graduation to teach English in a bilingual elementary school. Wanting to focus more on challenging systemic injustice and poverty alleviation, she moved back to the U.S. and started working at Oxfam America in Boston, Massachusetts. While at Oxfam she worked in the fundraising department, focusing on institutional funding, operations and championing gender justice. She is excited to see first-hand the impacts of microloans on entrepreneurs and social enterprises in Central America! 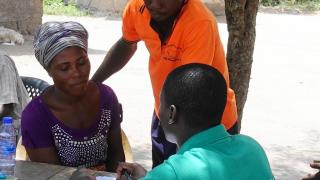