Why do small enterprises like Kreyòl Essence have difficulty getting loans from traditional banks or other funding sources?

Traditional banks often do not serve small and medium enterprises (SMEs) like Kreyòl Essence, for many of the same reasons they don’t serve entrepreneurs with traditional microloans. One of the primary reasons is that it simply isn’t profitable for banks to offer loans to SMEs.
Many SMEs in less-developed countries prefer to remain in the informal sector and do not have bank accounts. Those that do have bank accounts are still relatively small when it comes to their bank’s other clients, and they have a much lower revenue potential per enterprise than larger businesses. On top of that, it’s common for these small enterprises to need technical assistance related to best business practices, which can add to the bank’s overhead costs. And unless banks view this small enterprise sector as a viable market, it’s unlikely they’ll develop the necessary strategy, products, delivery channels and risk management systems to address it.
There are also many regulatory barriers that can diminish the incentives a bank may have to work with smaller enterprises. For example, banks may have difficulty with enforcing a loan’s collateral, lowering operational costs through out-of-court settlements or having well-protected creditor rights during a default.
Finally, there’s often a lack of financial infrastructure in many less-developed countries. More specifically, that means a lack of robust credit reporting systems, accounting and auditing standards, insolvency regimes, as well as functioning payments and settlements systems which help address legal uncertainties that lenders face.
In Haiti, financial products are typically tailored toward traditional and existing businesses, not small and medium enterprises like Kreyòl Essence. Banks also require a large amount of  collateral, which startups such as Kreyòl Essence don’t yet have. With that, it’s not surprising that nearly half of small and medium enterprises in developing countries list “access to finance” as a major constraint.

How will Kreyòl Essence create and measure social impact?

Job creation: Job growth will be closely followed with the scalability of the company. As they increase the demand for Haitian Castor Oil and its derivative products and ingredients indigenous to Haiti, Kreyòl Essence will need to increase the number of farmers and agricultural workers. Measurement of job growth will be determined by traditional quantitative indicators such as number of people employed and types of jobs created.
Expected Kreyòl Essence job creation in Haiti:

Gross domestic product: Kreyòl Essence’s contribution to the GDP of Haiti will be measured by the number of contractors, farmers and services secured on an annual basis. Income made through Kreyòl Essence will increase the spending power of KE’s suppliers and staff. Additional metrics will include measuring the income garnered by the export of final luxury goods sold at a high market value rate, and investment made by KE in new productive facilities and the process of injecting new capital and putting it to use in the country.
Decreasing soil erosion: Kreyòl Essence aims to decrease soil erosion by way of castor oil plants. The castor oil plant is one of the few oil bearing perennials able to grow and repair depleted soils with limited rainfall and minimal agricultural inputs, and KE has a goal of adding over 40,000 castor oil plants in the next 3 years.
To determine the success of these efforts, KE will be partnering with Cornell University and/or a university in Haiti and monitoring erosion with a variety of instruments like stereoplotters, GPS, soil profile descriptions, satellite images and stream discharge.

Why is Kiva allowing Field Partners such as Yunus Social Business to post larger loans & SMEs to the website?

In keeping with Kiva’s mission to connect people through lending to alleviate poverty, we’re committed to making sure lenders’ capital is being used to address poverty in the most effective and impactful ways. Most of the time, that’s through catalytic microloans that enable borrowers to make transformative changes in their lives and the lives of their families.
But we also see that ideas for addressing poverty can happen on a bigger, community-sized scale -- one that includes social businesses like Kreyòl Essence which aim to create 300 jobs. Kiva strongly believes that the largest development gains are enjoyed not only when there’s a thriving microenterprise sector, but when we also see a healthy number of small enterprises that can create jobs for other members of their community.

Is this loan still considered microfinance?

In most emerging markets, the average microfinance loan is under $1,000, so a loan of this size is not considered a microloan. In development terms, it’s on the “small” end of “small and medium enterprise loans,” which means that it’s definitely a breed apart from the average $417 microloan on Kiva’s website.
At Kiva we don’t think of ourselves as just about microlending, but instead about connecting people through lending to alleviate poverty. Microloans will continue to constitute the vast majority of the loans posted to the website, but we also believe that addressing an issue as large and complex as poverty is best tackled from a variety of different angles. And today, one of the biggest unmet needs to spur economic development in less-developed countries is the Missing Middle (small enterprises that create jobs and provide large-scale solutions for poverty). We believe that by supporting both types of loans, we can all play a significant role in building the foundations for thriving communities both today and long into the future.

What does Kreyòl Essence do with their profits?

As a social business, Kreyòl Essence is a non-loss, non-dividend company. So any profits that the company makes are reinvested in the business itself to increase its social impact where it matters most: with women and farmers in Haiti.

Yes! Kreyòl Essence employees are paid above average wages. A woman can earn 5-10x the minimum wage and a farmer can earn 3-5x the average amount per year. Kreyòl Essence also supplements the income with medical benefits and classes on business development, basic finance, family planning and leadership for staff and local supplier partners.

How will Kreyòl Essence be effective in fighting soil erosion?

The castor oil plant is one of the few oil bearing perennials able to grow and repair depleted soils with limited rainfall and minimal agricultural inputs.
Kreyòl Essence has a goal of adding over 40,000 castor oil plants in the next 3 years. And even more important than the number of perennials planted is how many will stay planted. Unlike traditional trees which are often cut down for fuel or raw materials, Kreyòl Essence believes that farmers will have an interest in keeping the plants alive to continue producing castor seeds -- and thus, a source of income.
Notably, castor oil plants will also not displace agricultural production of food, as subsistence farmers will be able to use mixed cropping methods when they plant castor oil plants. Additionally, planting castor beans helps to revive degraded soil by providing nutrients to the ground. With the amount of degraded and barren land in Haiti, this will be a great help with food security issues. 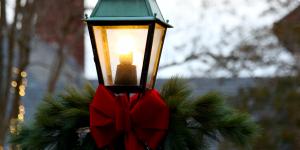 Kiva HQ
From Koliada to Kwanzaa: Let's celebrate the... 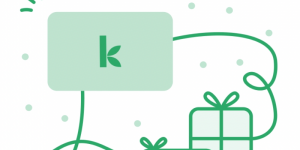 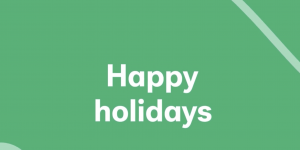 Kiva HQ
Thank you from Kivans!