As a former Soviet state, home of the Orange Revolution, and under-journalized European backwater, Ukraine certainly has an image problem.  It brings to mind images of inscrutable bureaucracy, frozen winters, and monotonous apartment blocks.  Except to those of us who have visited the country or known citizens of Ukraine, it does not bring to mind the sorts of struggling poor that microfinance institutions typically serve.

Indeed, in the capital of Kyiv (aka Kiev), microfinance banks don’t operate.  The cost of living is too high, and the living standards are those of a middle-income country.  You can buy a pizza or condo or a Mercedes in Kyiv.   But even here, life is harsher than it is in the West.  Public transit, while ubiquitous and cheap, is slow, crowded, unmarked, and in poor repair.  The bathroom in an apartment, often as not, is a post-remodel afterthought located in the kitchen.  Tall buildings do not necessarily contain elevators.  Internet access is in stunningly scarce supply, even in the capital.

Yet despite an average per-capita income of less than $20,000 a year in Kyiv, an apartment that nine years ago cost $4,000 now costs $100,000.  Banks no longer give mortgages, partly in reaction to the 30% inflation rate, partly as a ripple effect of the US subprime mortgage crisis.  The Producer Price Index is well over 40%.  (Imagine that McDonalds’ beef suppliers raised the price of a pound of beef from $1 to $1.40.  Quite reasonably, you might expect that last year’s $4 Big Mac is now this year’s $5.60 Big Mac.  The beef price hike is Producer Price Index, and the Big Mac price hike is Consumer Price Index.  Roughly.)

Outside the capital, life is closer to the edge.  Per capita income is down into the $10,000 range (estimated; 2008 figures haven’t been released yet), and agricultural land is still impossible to legally purchase – a holdover from communist times.  Corruption is ubiquitous.  Unemployment is roughly 7%.  With badly tended roads, few successful industries, and little communications infrastructure, there is essentially nothing to do and few prospects for prosperity.  Never underestimate the economic power of abject boredom.

2003 figures estimate that poverty levels are 37.7%; it’s difficult to say what the intervening years and the weakened dollar (to which the hryvnia had been de facto pegged) have done to this number.  As late as 2001, Ukrainians were still working without pay under a half-collapsed central planning system that left many of them unequipped to transition to a new market economy.  Anyone over the age of 35 grew up without banks, credit, or business as part of their existence.   Entrepreneurship was stamped out during the twentieth century, and the working poor, no longer secure in even an inefficient social safety net, have had to teach themselves new skills.

They make their living where they can, often in small shops reminiscent of those found throughout the developing world.  While walking through a tumble-down market above a subway stop in Kyiv, the director of the HOPE Ukraine microfinance bank gestured to a woman selling cigarettes from a tiny glassed-in kiosk.  “Microfinance client,” he said with an ironic tone.  “Or she would be if we operated in Kyiv.  All the market sellers would be.”

The picture is bleak, but into the infrastructure gap has emerged the Ukrainian microfinance industry.  MixMarket lists three active microfinance institutions in the country, with a combined total of about 55,000 current borrowers.  These small business loans average around $1,600, and can provide for several months’ worth of inventory, repair costs, or household expenses.  Additionally, HOPE sponsors business education camps for the children of their borrowers, giving the next generation the tools they need to survive in the new Eastern Europe.

Learn more about Kiva’s field partner, HOPE Ukraine, here.  And consider lending to these entrepreneurs for your next Kiva loan. 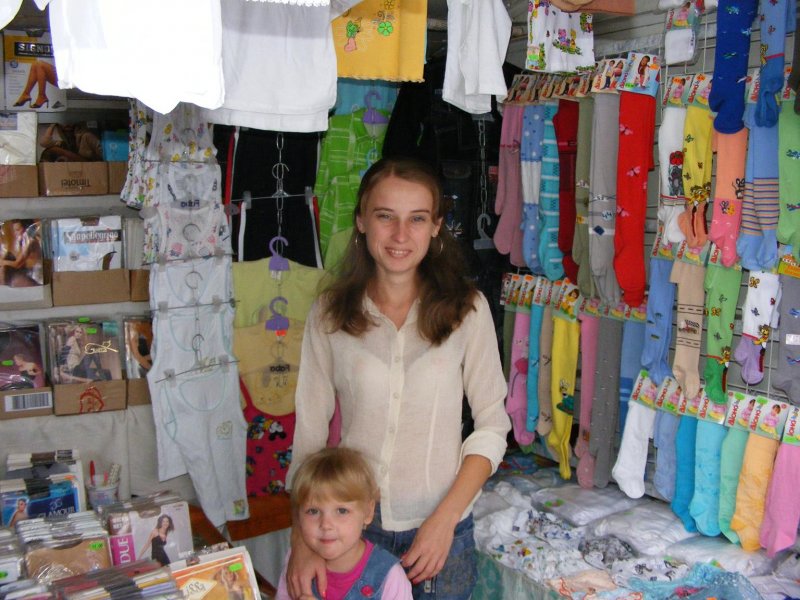 HOPE Ukraine serves clients like Tatyana all over the country