A few days ago I visited the Noratus region of Armenia where the highest concentration of Khachkars (stone-crosses) can be found. Upon arrival I noticed an elderly lady quickly climbing up a small hill. My first reaction was, what is she doing and why? I was rather surprised to see her climb this rather steep small hill at her age and her determination seemed unwavering. I few minutes later it became clear. She was trying to reach a group of tourists to sell hand knitted goods. 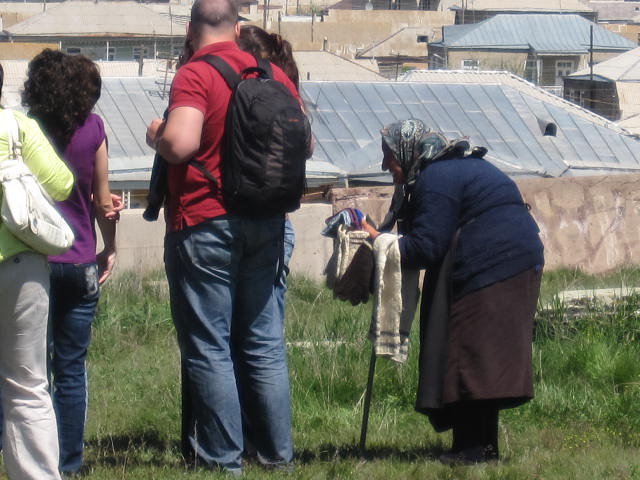 She was helping her son’s small business. He and his wife had a small stand where they sold knitted goods and she was supporting them by taking a handful of these goods to the tourists in case they didn’t visit her son’s stand.

I initially felt saddened that she had to work this hard and risk physical injury to support her son and her grandchildren then a thought came to me. This elderly lady had purpose in her life (she had to ensure her family had enough food to eat and a place to live) and as a result she conjured up the strength to do what many her age couldn’t.

Being a Kiva Fellow in Armenia, I thought about how microfinance could help families such as hers. The definition of Microfinance per Wikipedia.org is the provision of financial services to low-income clients, including consumers and the self-employed, who traditionally lack access to banking and related services. This family produced beautiful hand knitted goods which would probably sell for quite a bit of money in United States where I live, however they were selling them for a few dollars. Having access to capital could afford them many new possibilities to increase their revenue.

This elderly lady was a living example of what most Self Help books preach. Having purpose and being needed in life are some of the most important ingredients in not only longevity but good health and happiness.

Instead of feeling saddened by this picture, I was inspired. I realized that I was judging something from the perspective of my Western thinking and instead of feeling sad I became encouraged and felt empowered by her. If she can climb a small, steep hill at her age to help her family under the burning hot sun, imagine the things I can do.

Lending $25.00 at a time through an organization like Kiva.org is probably a solid start! 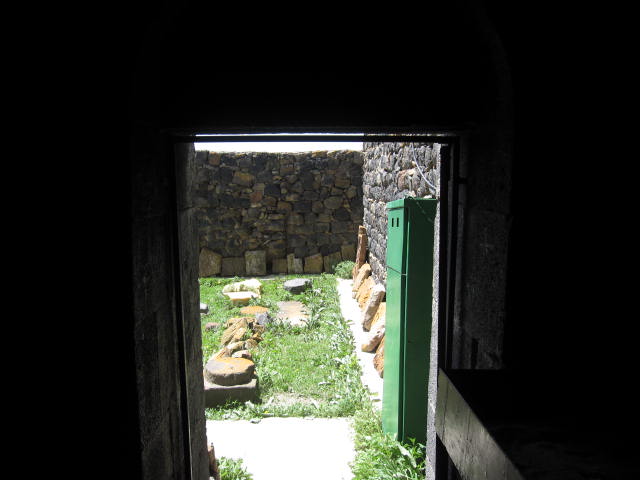