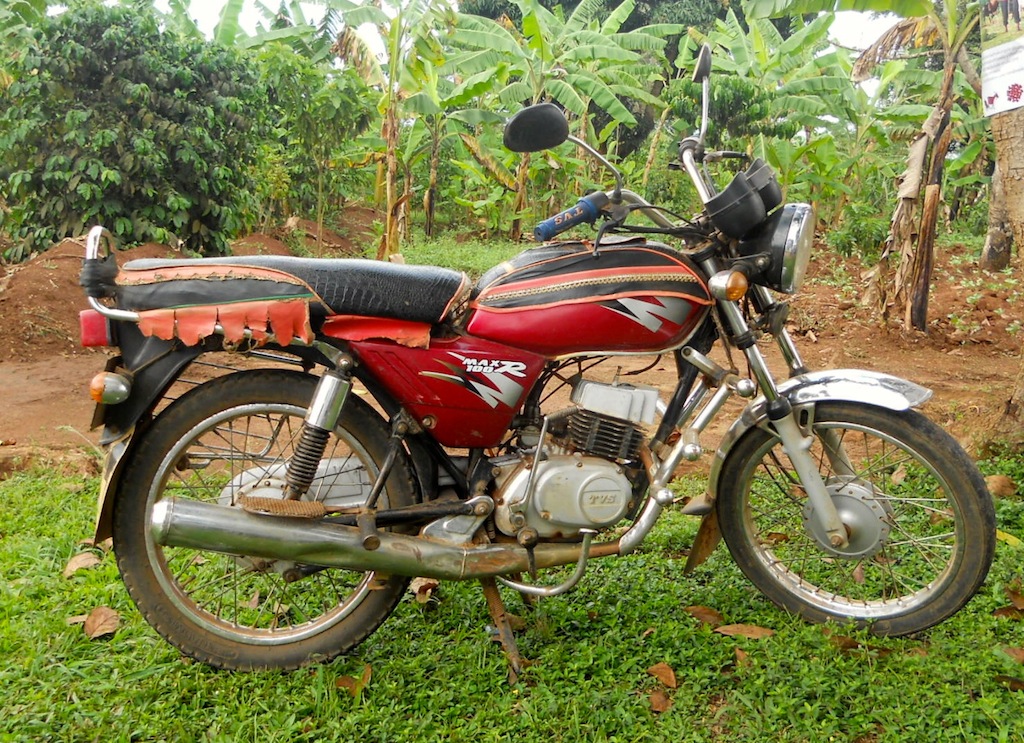 If you’ve never been to East Africa, you may not have heard the term “boda-boda” before.  A boda-boda, or “boda,” as it is more commonly referred to, is a type of motorcycle taxi driven in East Africa, and more increasingly, throughout other parts of the continent as well. To say that there are a lot of boda-bodas in Kampala would be an understatement. Boda-bodas are everywhere in this city. 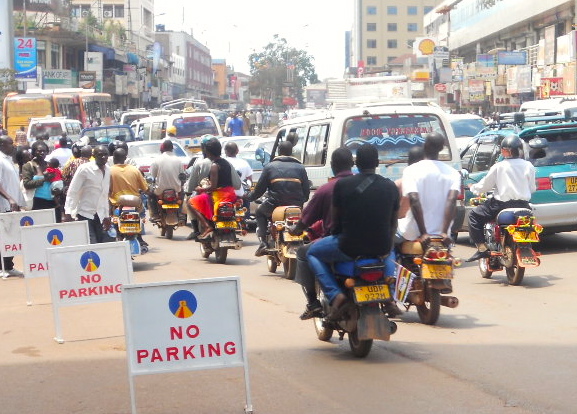 The history of the boda-boda is an interesting one. Following the end of British rule in East Africa, the amount of paperwork required for motor vehicles crossing through the area between the borders of the newly independent nations of Kenya and Uganda dramatically increased. Passing through this area, also known as “no-man’s-land,” required a cumbersome stack of paperwork to be filled out (once before entering this ill-defined area, and once again promptly after leaving it). Eventually, out of this bureaucracy, a business idea was born: people soon began offering bicycle rides across no-man’s-land, allowing passengers to avoid the paperwork that was necessary for motor vehicles. It began in the southern border town of Busia, where there is over half a mile between the border posts, and it soon spread to the northern border town of Malaba. Vying for the attention of potential customers looking for a quick ride through, bicycle drivers would shout out “boda-boda!” (meaning “border-to-border”). Of course, in Kampala, there are no borders being crossed, and the bicycles have been replaced by loud, polluting motorcycles. Nevertheless, the name “boda-boda” remains.

Like many things in life, riding a boda has its pros and cons. I’ll start with the pros:

And now, the cons:

If you are considering trying your hand at boda-riding while in Kampala, I suggest that you adhere to the following practices:

Now that you have been educated on the art of boda riding, I think you are ready to try it out yourself. Hop on, hold on tight, and enjoy the ride…

Laura Sellmansberger is a member of the 19th class of Kiva Fellows, serving in Kampala, Uganda with three new nontraditional Kiva partners. Stay tuned for the official launch of these partnerships to find out about the exciting things Kiva has been working on in Uganda!