This is part of a larger series on Kiva’s strategic initiatives and innovative loan products, which are designed to expand opportunities for more borrowers. Kiva is excited to partner with companies and organizations innovating in the agricultural sector to support farmers and increase productivity -- read on for more.

Agriculture is the No. 1 source of income for most of the world’s poor. In Africa, it provides two-thirds of all employment. And for the 75% of impoverished people living in rural communities, it is often the only industry that can provide a sustainable lifestyle. Agriculture is truly the beating heart of the developing world. Historically, poverty reduction in developing countries has been closely linked to agricultural productivity. Agricultural technologies have even provided a “fast track” out of poverty in some Asian countries -- particularly China -- by increasing growers’ incomes and employee wages while dropping prices with greater output. This trend has dramatically expanded opportunity for rural communities to grow and diversify local economies.


Notwithstanding this “green revolution” in Asia, hunger and poverty persist throughout the developing world. The disparity is especially stark in sub-Saharan Africa where -- despite technological advances and continued investment -- productivity has stagnated and even fallen. While this can be attributed to a number of factors, including weather patterns, depleted soil, and trade barriers, availability of water is by far the biggest hurdle.

Only a tiny fraction of farms in sub-Saharan Africa are irrigated (just 5 million hectares, compared to Asia’s 71 million). Instead, most farms depend on rain to water their crops. So in dry regions and seasons, farmers are unable to plant higher-yield crop varieties that depend on irrigation.

Expanding access to advanced irrigation systems would be ideal, but efforts to do so have been stymied by poor infrastructure. On top of that, it’s questionable whether Africa’s water supply is capable of supporting such large-scale growth.

African governments, with the support of international donors, are currently mining water projects for the key to a second “green revolution” on the continent. Ethiopia, for instance, has launched an integrated land/water management and rural development program to irrigate nearly 2 million hectares of farmland by 2015.

So far, this project has had limited impact on overall productivity. A recent evaluation by the International Fund for Agricultural Development went as far as to quote farmers who felt they were actually worse off now than when the initiative began.

The challenges faced in Ethiopia are representative of broader problems with conventional agricultural development. In the name of modernization, donors are quick to replace traditional water systems with technologies that farmers don’t understand or trust. These projects tend to overemphasize water as the silver bullet for increasing productivity -- overlooking political, economic and cultural forces that shape life in these regions.

While access to water is certainly a problem that needs to be solved, it’s not the only one. Poor farmers face a triple whammy of obstacles: low income, income irregularity and unpredictability, and a critical lack of financial tools to address shortfalls.

Farmers earn the bulk of their incomes during the two or three peak months of the harvest every year, and regularly earn nothing during the troughs. Agricultural laborers are paid daily during the harvest but otherwise sit idle or migrate to cities to look for work.

Organizations like Kiva field partner One Acre Fund are working to smooth out farmers’ financial peaks and valleys to make sure they can support their families year-round. Namely, they work with rural communities to create investment packages for farmers. These tools include credit for inputs (i.e. seeds), loan repayments timed to harvests, and training in farming and marketing techniques.

Large-scale infrastructure efforts are only one strategy in the battle against poverty. Community-led innovations can often be just as powerful and more sustainable. By harnessing technologies in finance, agriculture, and mobile communications, organizations like One Acre Fund are improving productivity in a way that complements people’s needs.

At Kiva, we believe that supporting these types of innovative, small-scale, highly-adaptive programs is the best way to help rural communities grow a sustainable future. 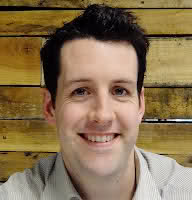 Ian Matthews is an intern on Kiva’s Strategic Initiatives team, looking for new partners and loan products to extend opportunities and access to even more people around the world. Ian has an MSc in Global Politics from the London School of Economics and Political Science and has previously done field work in Honduras. Send him your feedback at blog@kiva.org.


This is part of a larger series on Kiva’s strategic initiatives and innovative loan products, which are designed to expand opportunities for more borrowers. Kiva is excited to partner with companies and organizations that provide innovative options for farmers.
Share on: 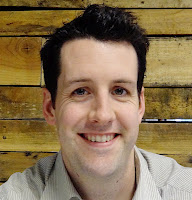 Ian Matthews is an intern on Kiva’s Strategic Initiatives team, looking for new partners and loan products to extend opportunities and access to even more people around the world. Ian has an MSc in Global Politics from the London School of Economics and Political Science and has previously done field work in Honduras.