This week has been one of many firsts here at ACEP Cameroun.  Not only has the MFI’s partner page officially gone live, but the bank’s inaugural Kiva borrower, Nathalie, has just received her loan.  I watched with pride as ACEP’s Kiva Coordinator reviewed with Nathalie her disbursement paperwork and then walked her over to the cashier’s station.  It’s a sensation I’d liken to how one must feel when sending a son or daughter off to the first day of school- a mixture of joy, reassurance and perhaps just the tiniest bit of apprehension as to what lies ahead. 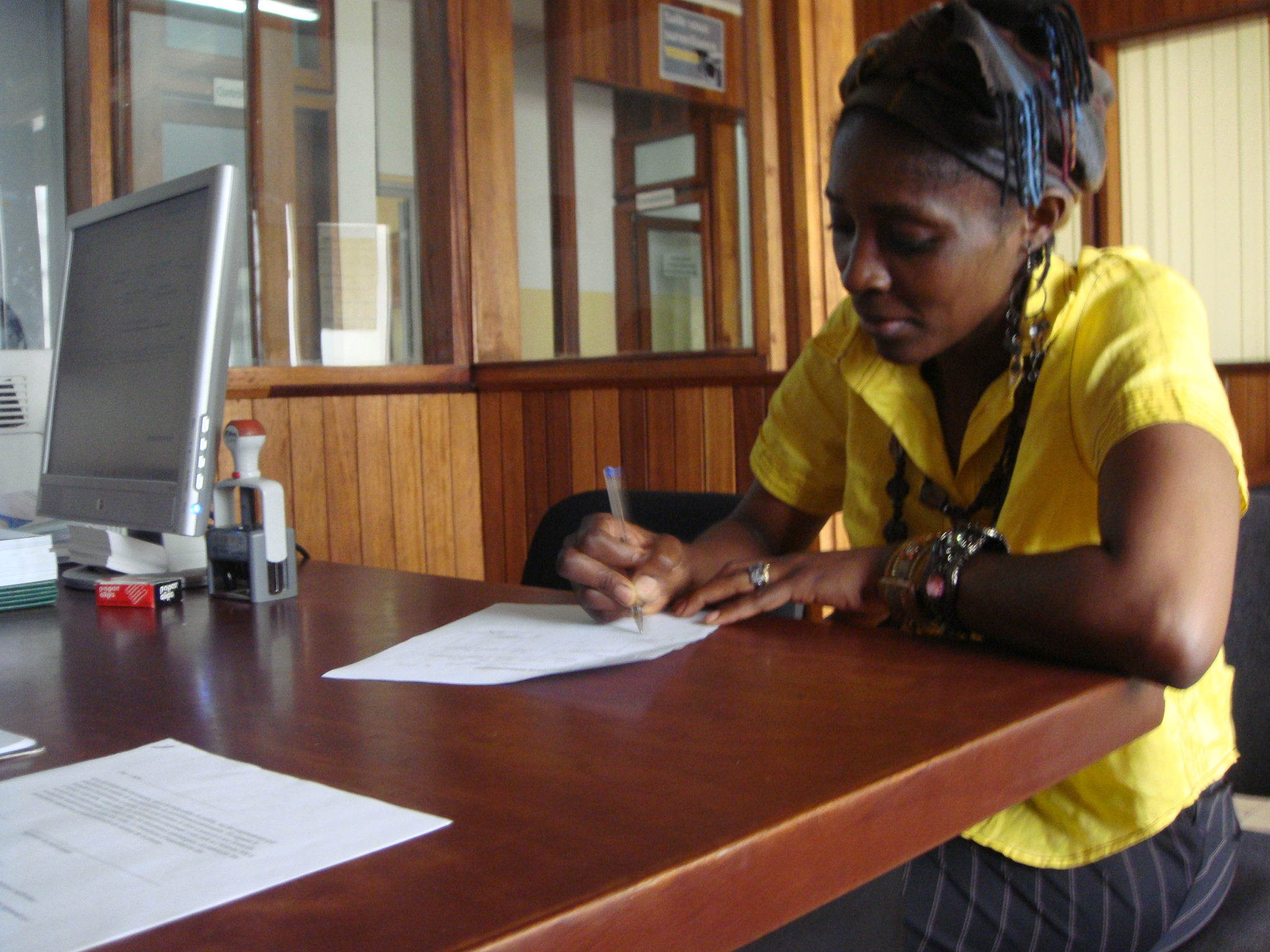 Just a few mere hours after ACEP’s very first loans hit the Kiva site, they were fully funded. High-fives ensued all around the office (no joke).  Sure, arriving at this moment may not have been as arduous as preparing for NASA’s famed Apollo 11 launch, but the staff here, from receptionist to loan officer to Directeur Général (DG), certainly has been putting in its time and hard work to make these milestones possible.  I’m impressed with our team, for their patience in adapting to the new practices that a Kiva partnership brings to their daily lives, and for taking a chance on these new clients.

The DG meeting with loan officers from different Yaoundé branches.

Another “first”, not necessarily related to the ACEP-Kiva partnership but equally as interesting, was my experience sitting in on the Directeur Général’s debriefing to loan officers.  I had expected with an MFI as large and as formally operated as ACEP that staff members wouldn’t have the opportunity to work so closely with the “big boss”.  In reality though, loan officers and other employees alike come into and out of the Directeur’s office on a regular basis; he always makes time for them. During this frank discussion with the officers about the outcomes of the bank’s recent Board meeting, the DG demonstrated his humble leadership.  Telling the officers that they should feel free to contact him anytime, even in the middle of the night, he gave advice on everything from how they can best achieve monthly quotas to being safe and responsible on their motorcycles.  His demeanor is quite paternal: stern while kind and approachable.

Now, I won’t pretend that these past few months haven’t presented challenges, both professional and personal.  To start, the fact that I arrived in the office almost 8 weeks ago and am now just overseeing the first Kiva profiles live on the site speaks to the fact that life here moves slowly.  Meetings and trainings are cancelled somewhat regularly, but often this is as a result of working at an institution bursting with business, its human resources stretched thin.  Most of my time has been spent inside the office of ACEP’s D.G., which makes me feel a bit out of touch with not only the MFI’s other staff members but also borrowers in the greater Yaoundé community, whose situations I really want to get to know better.

Heading to meet a potential client in the Mokolo market.

ACEP’s Board of Directors has only just now given the official go ahead for the institution to implement the Kiva model.  Questions arise on a regular basis of how to manage certain of its elements, and though solutions are developed and training carried out, without “real” borrowers to demonstrate, it’s been difficult for ACEP staff to have a clear understanding of the Kiva process from beginning to end.  When all is said and done though, the talent and commitment of the team assures me that we’ll be seeing a lot more milestones in the not-so-distant future.  Keep an eye out to lend to one of ACEP’s many dynamic, new Kiva borrowers!