Drive an hour north-west from Nairobi, Kenya, and you’ll come to the famous Hell’s Gate National Park and the beautiful town of Naivasha. This lakeside retreat was the setting for the first-ever Kiva Labs Innovation Conference, which brought together  nearly 100 leaders from Kiva’s African Field Partners.

Part of the larger Kiva Labs program, a 5-year initiative in partnership with the Mastercard Foundation, the KLIC conference’s goal was to facilitate intra-organizational learning and innovation.

As the most-consumed beverage in the world, and the second most traded global commodity after oil, coffee is economically important on an international scale. Its production and sale generated nearly $50 billion worldwide in 2015, and that number has only gone up.

For coffee-producing countries, which are primarily in the developing world, profits from coffee export can account for a significant percent of GDP. Colombia is the second most-productive coffee producing country in the world after Brazil, but despite the role coffee plays in the economy, many of...

For the past half-century, Colombia has been in the middle of armed conflict. Waged mostly in rural areas and the remote towns and villages that dot the country’s borders, the war between government forces and armed opposition groups—led by Fuerzas Armadas Revolucionarias de Colombia, or FARC—has left thousands of fighters and civilians dead, and more than 7 million Colombian people displaced from their homes.

This latter population constitutes the second largest group of internally displaced people (IDPs) in a single country in the world, measuring only...

Just off the Gihembe refugee camp’s main street is the community’s first carpenter. His name is Lubingo, and he owns Gisanga Family Carpentry with his wife and sons.

The family is well known inside and outside Gihembe for their excellent woodworking, and their affordable furniture is found in many of the camp’s homes and businesses. But this wasn’t always the case, especially during their first years in Rwanda.

The family arrived in the country 17 years ago, bouncing from its capital, Kigali, to the Nyabiheke refugee camp to...
Continue Reading >>
May 25, 2018

Links We Like: Breaking bread with a Kiva borrower

Since opening her street corner bakery in Oakland, Calif., in late 2017, Reem Assil has been busy. Assil took out a $25,000 Kiva loan to invest in equipment and inventory for her first restaurant, Reem's California, which serves up Arab bread. It also acts as an anchor in the Fruitvale neighborhood, providing good jobs for those with barriers to employment, delicious nourishing food and a healthy dose of social justice. The restaurant has received glowing media attention and garnered awards across the country, including a Best Chef nod from the James Beard Foundation for Assil herself....

Are coconuts the key to development along Colombia's coast?

Most of the population on the Colombian Caribbean coast lives in poverty, and 17% lives in extreme poverty. There's little formal employment in the region, and many families make less than $3 per day. Coconut farming is one of the few economic opportunities available to Colombians living along this coast, but with yields contingent on weather patterns, it’s a tenuous occupation.

Coconut production also leaves communities with piles of unusable coconut shells, which if not disposed of properly can pose...

On April 22, the international community celebrated Earth Day. To commemorate the holiday at Kiva, we published 2 stories about loan types that go to populations grappling with global climate change. The first story concerned agricultural loans, while the other tackled loans for clean water and sanitation...

Undocumented students who left the U.S. are learning to code in Mexico

When Miriam was 14, she learned she was not an American citizen as she believed her whole life.

Despite being raised in the United States since she was an infant, Miriam was undocumented and her future in the country was now in question. She would not be able to attend college and she was fearful of deportation.

So Miriam decided to voluntarily return to Mexico and began the hard task of trying to reestablish her life.

Food security and hunger: Environmental issues on Earth Day and every day

Throughout much of the world, food security and hunger are, in large part, environmental issues. And they are intractably tied; ending hunger will demand the international development of sustainable food production systems, as well as widespread adoption of resilient agricultural practices by farmers and food producers in the developing world.

It is crucial to recognize how climate change is affecting global agriculture, as well as the people who depend on local food production for their livelihoods and to meet nutritional needs.

Bringing clean water to schools and communities through innovative finance

Access to clean water and sanitation have long been considered universal and basic human rights by much of the international community. In fact, the United Nations considers it a key part of its Sustainable Development Goals, a blueprint laid out in 2015 to mitigate the effects of human-caused climate change and improve the global populations’ overall quality of life by 2030.

In developed countries, it can be easy to forget that about 1 in 10 people on Earth lack access to clean water. Half of the people who today drink from contaminated water sources live... 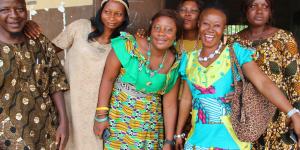 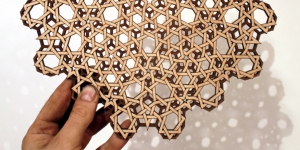 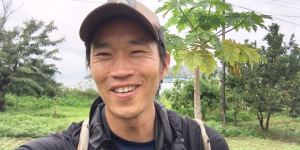 Kiva HQ
Get a front row seat to Jeremy's experience...